When we explain the idea of the Science Hack Day to people they often ask us, what do you mean with “hack”? Hacking originally meant to gain illegal or unauthorized access to a file, computer system or network. But in a wider sense the term hack in computing terminology stands for a solution to a problem, or a fix to a system that is inefficient or inelegant but which nevertheless works. In some cases, a hack could also be an apparent solution; the program would just look like it’s working correctly, but actually just fakes to work properly. It would give the right results for some given inputs but fail in most other cases. You would do such a hack if you realized that your program was totally broken one day before a presentation. What is maybe confusing is that on the other hand, a hack can also mean an elegant, simple and clever solution to a technical problem; for example by using a tool that was originally used for something completely different. In this broader sense the idea of hacking is not limited to computational or technical problems anymore.

One example of a rather prankish hack that then became a real scientific application was a program that was a “beard detector”, developed on a previous Science Hack Day. The purpose of the device was essentially to detect when you(mostly males) needed to shave. 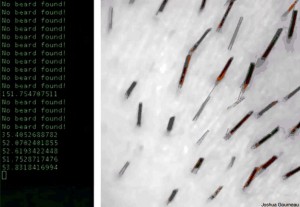 Using a USB microscope, an open computer vision library and just 22 lines of code, the device would detect the lines on a face and thus detect when he needed to shave. This rather amusing hack at first didn’t really relate to science. But, sitting in the audience, watching this was a particle physicist, and when he saw this hack, he thought that this was actually a genius way to detect cosmic rays in a cloud chamber.

So, following Science Hack Day, the particle physicist actually wrote up an entire proposal for how to detect cosmic rays in a cloud chamber using the code and open computer vision library that was originally used to detect if someone needed to shave or not. 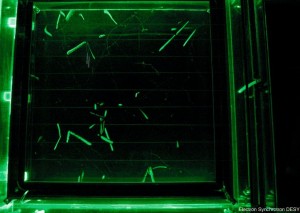 A great source of inspiration is also http://hackaday.com/. They are posting fresh hacks every day, ranging from small homebrew tools done by some maker, who wanted to simplify something in his household, to some sophisticated technical systems done by some geeks, who share their passion of insane science ideas. 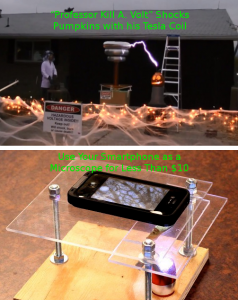 Seeing some examples and impressions of hacks, it becomes obvious that it is impossible to define what a hack is. Sometimes a hack is a quick and dirty fix, but sometimes a well-crafted piece, with a scientific use, purely artistic function or just practical joke.

Everybody can be a hacker, and, noticing all the hackathons that nowadays exist (Science Hack Day, Art Hack Day or those thousand software hackathons), hacks have a magic fascination and stand for a new way of interdisciplinary and rapid type of working.